The Top Programming Languages in 2020 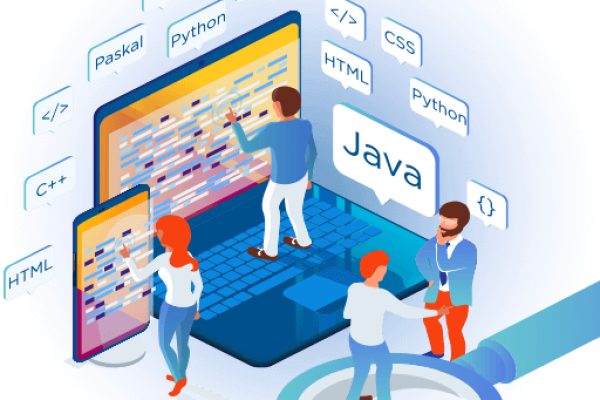 Whether you’re new to the world that is programming, or you’ve been doing it for years, it’s always good to be on the up and up. You’ve come to the right place. Today we’re going to dive into some of the best programming languages to learn in 2020. We’ve done the research and complied it all into a nice little list for you here below.

Without further delay. Here. We. Go!

From sites like Gmail, YouTube and Facebook, you spend time in JavaScript each and every day if you’re socializing and communicating using the internet. And in 2020, who isn’t doing those things using the internet?

This is one of the best programming languages to learn especially if you’re starting out. JavaScript is programming for beginners 101, as I like to say.

JavaScript is how the sites you know and use all the time create their interactive websites. JavaScript is also forgiving in it’s flexible syntax and works across all widely-used browsers.

Scala is like if you were JavaScript and you discovered a cousin who got lost at sea years ago. Or if someone took the things that Java was lacking or needed improvement along with an idea you had and it put them together to make it more fitting for our times. This is Scala.

This one to me at times can be a bit foreign, but from my colleagues who swear by it, it’s their favorite. But see, they love math.

The language of it closely resembles pure, unadulterated math. It allows complex procedures to be done in congruency.

Scala is also a programming language that is typed and designed by the programmer doing the typing. This leads to lesser bugs at the time of your sites launch.

Swift is most commonly found in mobile apps development for Apple. If that’s your thing, then this language is your best friend.

It’s relatively new to the scene of types of programming languages, created by Apple in 2014 when they developed their iOS and macOS applications. This language is exclusively for Apple and designed for optimized performance on their devices.

If you’re looking to make a living as a programmer, then learning and becoming fluent in the language used by all Apple devices from the Apple Watch to the Apple TV would not be a bad place to start.

This programming language might just be the most user-friendly language to learn on our list. Python is intuitive, easy to understand, and some say it’s like speaking English. All those make it really easy to learn and fast to pick up and program your own sites in no time.

Python has a large selection of applications that allow for versatility. There are many sites that use back end programming written in and managed by Python; you know that one little app that’s new to the scene where you take a picture and post it with a filter and all your friends get jealous of you? That one uses Python!

When it comes to programming for beginners, like JavaScript, starting with Python will do you no wrong, especially if you’re picking up programming as a hobby.

When it comes to web development, there are some commonly used languages spoken the world over on the internet. Ruby is one of those. A straightforward syntax along with a user community that is one of, if not the, friendliest and helpful among all programming languages.

This is one of the newest languages to the game of programming. Like the story of Facebook, another Harvard grad started Elm as a thesis and it’s now taken off as a programming language. At least it wasn’t for a bet or a drunken night of anger, right?!

Elm’s genius is the functionality of the language, which allows for the creation of client-side interfaces. Working with Elm you’ll discover that it compiles to JavaScript which makes it almost seamless when you’re building fast-executing UIs.

This one is like you’re watching one of those hacker movies. It’s sleek, it’s cool, it’s also open sourced. Which means you can contribute to someone’s designs or improve them no matter when they are or what they’re working on. Go is one of Googles favorite types of programming languages.

If you’re looking to dive into systems programming, then this is the language to learn. The functionality within Go is akin to C and C++ but without the massive learning curve or difficult to learn syntax.

Creating a system with this language will create systems that run at blazing fast speeds. It’s what Google loves and what it was designed for.

Try ’em out! It may be hard to choose just one!

You may have to try learning a couple before you find the one that is right for you. Which language or languages are you most comfortable speaking and working within?

Start with one and see how it goes! If it doesn’t feel right, don’t be discouraged. You may have all of the skills to be a programmer, you just need to find the right language for you.

Stay up to date with our latest articles, podcasts, and deals.

10 Cool Resources for IT Professionals

Work Smarter, Not Harder! Check out Code of Entry’s list of Top 10 IT Resources for Professionals! Have you used them all?

The First Cyber Security Tool You Should Invest In: The Cloud Browser

Join the Code of Entry podcast as guest Justin Cleveland from Authentic8 explains exactly what a cloud browser is and why you should have it in your toolbox!

The Secret to Search Engine Optimization

Want to know the secret to search engine optimization? Read on….Code of Entry has the answer…and it just may surprise you!

How do I get my Website to Show Up on Google?

Want your business’ website to show up on Google? Here are 5 simple steps that will help you gain better visibility!

Why Do I Need a Blog? Is It Really That Important?

We at Code of Entry often get asked “Why Do I need a blog?” and “Is it really that important?” Spoiler Alert: It IS! Read on to find out why!

Need ideas for that tech-lovin’ family member? Here are the top 10 Tech Gifts on our wish list this season!

Code of Entry, by DigiTect